The Now: How Will Automation Impact Our Lives?

Lesson 8: How Will Automation Impact Our Lives?

How will automation impact our lives? 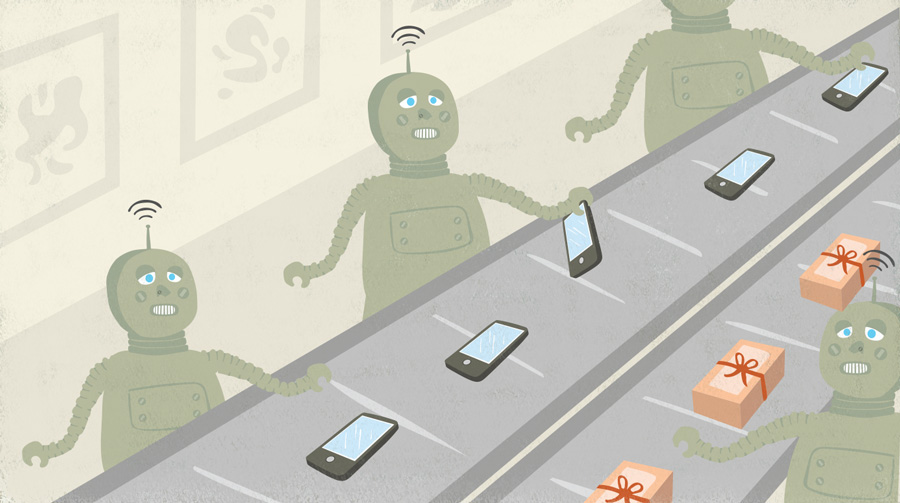 With the advent of machine learning, robotics, the Internet of Things, and big data, society has found itself in the midst of a fast-paced technological revolution. As technology continues to evolve, it’s likely we will see software, machines, and robots increasingly being used to automate everyday tasks that were once performed by humans.

Watch the video below to learn some of the ways automation is changing the job market.

Automation is a method of operating or controlling a process by automatic means. Things such as electronic devices, machines, and even robots are used to automate tasks that used to be completed by humans.

Advances in software, machine learning, and robotics are quickly making it possible for companies to accomplish more with fewer workers.

This isn’t the first time we’ve seen machines complete tasks that used to be performed by humans. Take the example of the automated teller machine, otherwise known as the ATM.

ATMs were first introduced in the late 1960s. Before the ATM, bank customers who wanted to withdraw or deposit money had to enter the bank, fill out withdrawal or deposit slips, and then interact with a teller face to face in order to complete the transaction. The introduction of the ATM enabled banking customers to perform the same financial transactions without the need for a human cashier or bank teller.

As automation advances, technological innovations could displace some segment of the workforce, so it's possible there may be temporarily higher unemployment. Currently, technology is displacing workers whose jobs consist of routine, repeatable tasks, like bookkeeping, manufacturing, and food services.

Individuals performing these types of jobs aren’t the only people who may lose work due to automation. White collar jobs are vulnerable as well.

People who use computers at work may be at even more risk of losing their jobs to automation. As software programs become more efficient, it’s possible they may completely replace the humans originally tasked with operating them.

The potential upsides of automation

According to some researchers, the increasing presence of automation in our lives won’t be all doom and gloom. In fact, they say it could be a good thing.

A look back in history shows us that when unemployment occurs due to technological advancements, laid-off workers seek retraining. Business leaders then create transitional opportunities to re-absorb citizens back into the economic system. Some researchers argue that innovative technologies could create more wealth and better jobs in the end by eliminating unpleasant rote work and increasing overall productivity.

As automated technology continues its fast-paced evolution, it's difficult to predict what new jobs will exist for humans in the coming years and decades. Automation will bring new opportunities and challenges, but despite technological revolution, humans will still be necessary in the economy of the future.