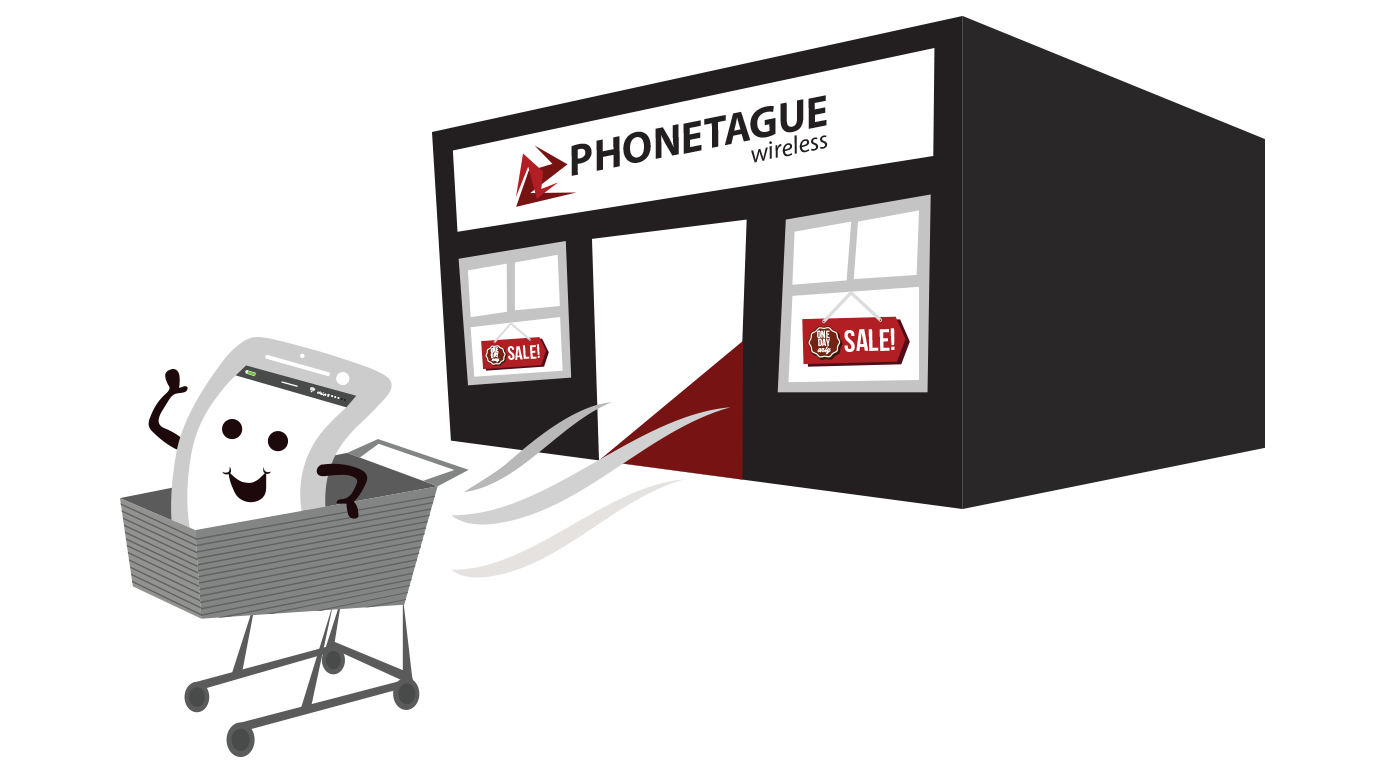 Whether you're thinking about purchasing your first smartphone or just upgrading from an older model, you might feel overwhelmed shopping for a new smartphone. With so many options to choose from, it's difficult to know if you're getting the right phone at the right price.

That's why we've created this page: to guide you through the process of buying a new smartphone with as little stress as possible.

What is a smartphone? 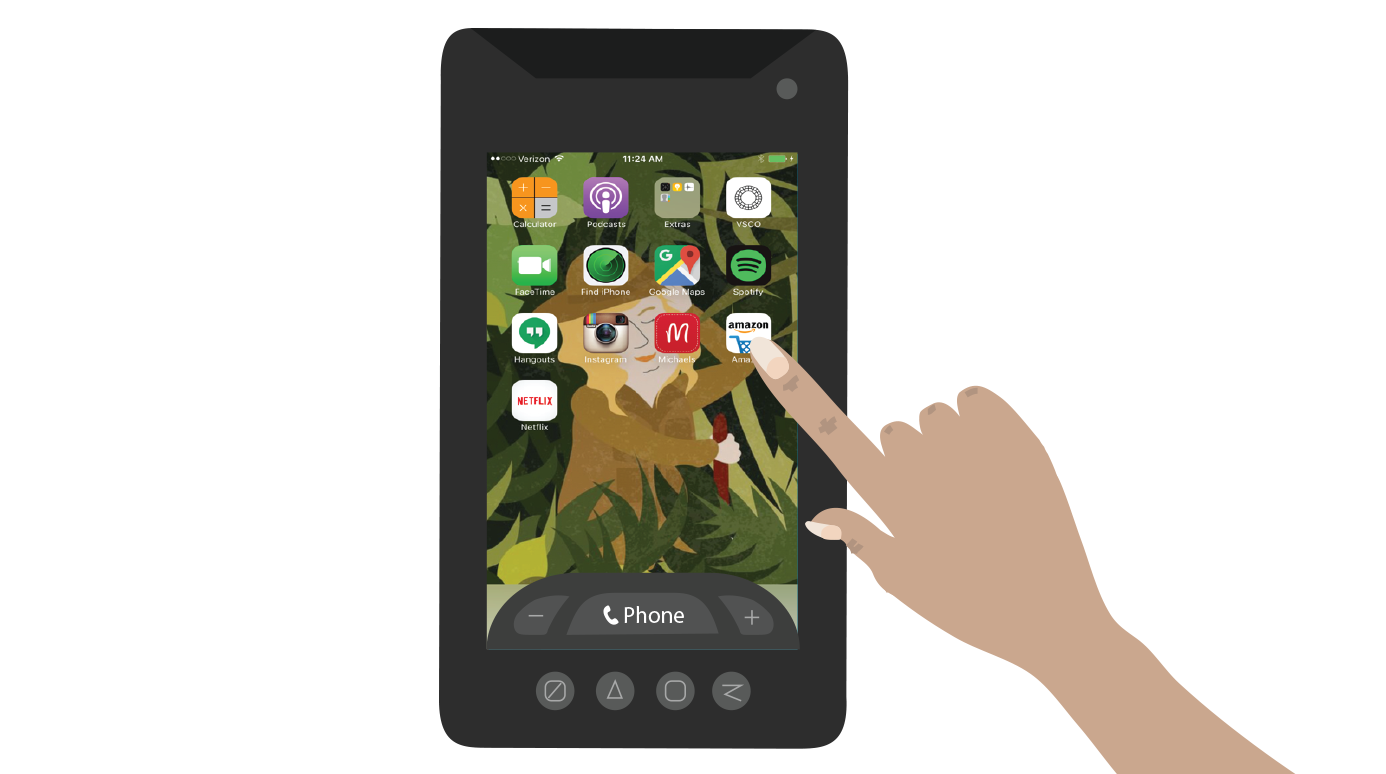 A smartphone is a more powerful version of a regular cell phone. In addition to the same basic features, including phone calls, voicemail, and text messaging, smartphones can connect to the Internet over a cellular network. This means you can use a smartphone for the same things you would normally do on a computer, such as checking your email, browsing online, or shopping.

Wireless providers will require you to pay a monthly fee, usually called a data plan, to access the Internet with a smartphone over their cellular network.

Most smartphones use a touch-sensitive screen, meaning there isn't a physical keyboard on the device. Instead, you'll type on a virtual keyboard and use your fingers to interact with the display. Other standard features include a high-quality digital camera and the ability to play digital music and video files. For many users, a smartphone can actually replace things like an old laptop, digital music player, and digital camera in the same device.

Do I even need a smartphone? 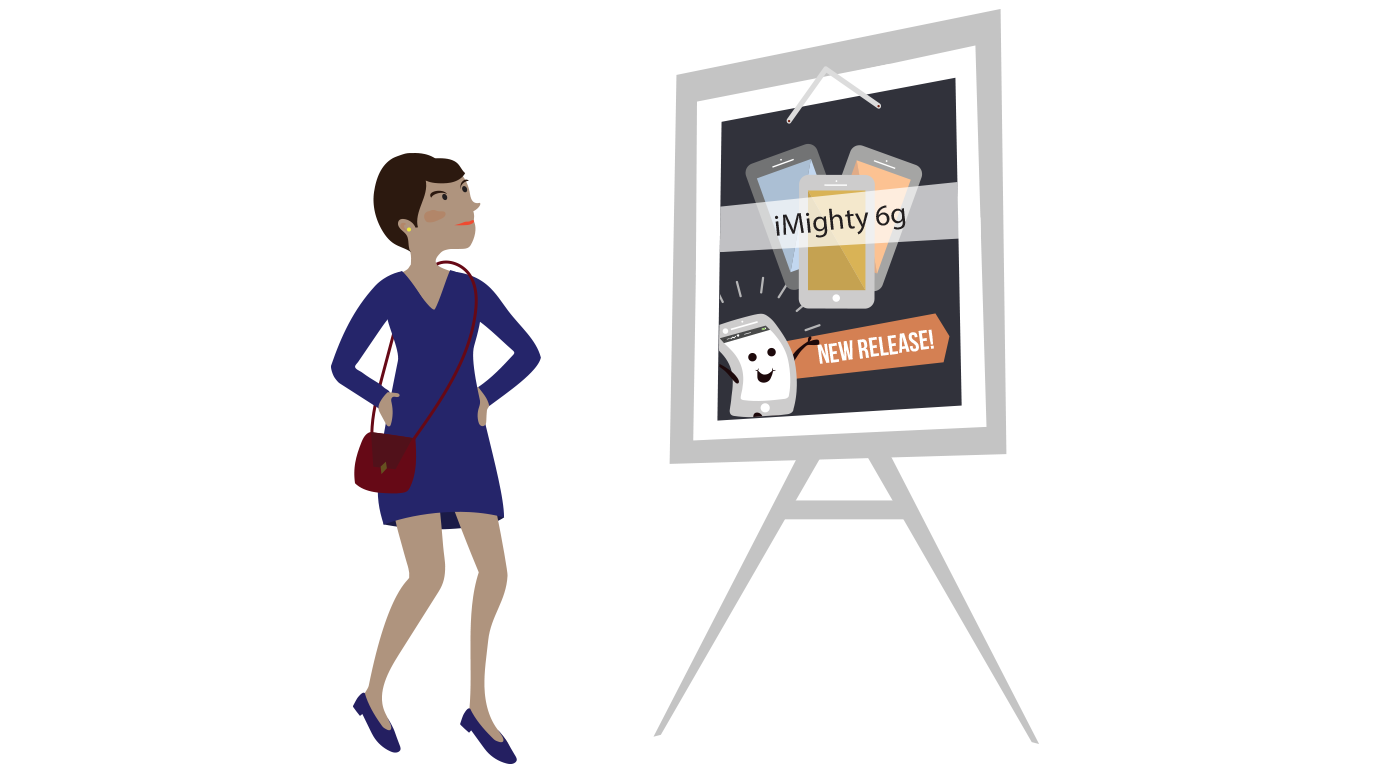 Because of these convenient features, smartphones have become increasingly popular over the past several years. Smartphones can also be very expensive, however; some high-end models cost even more than a new laptop or desktop computer!

If you're happy using your existing devices separately, you may not need a smartphone. But if you want to use just one device to access the Internet, make phone calls, take photos, and listen to music, a smartphone is probably a good option for you.

What type of smartphone should I buy? 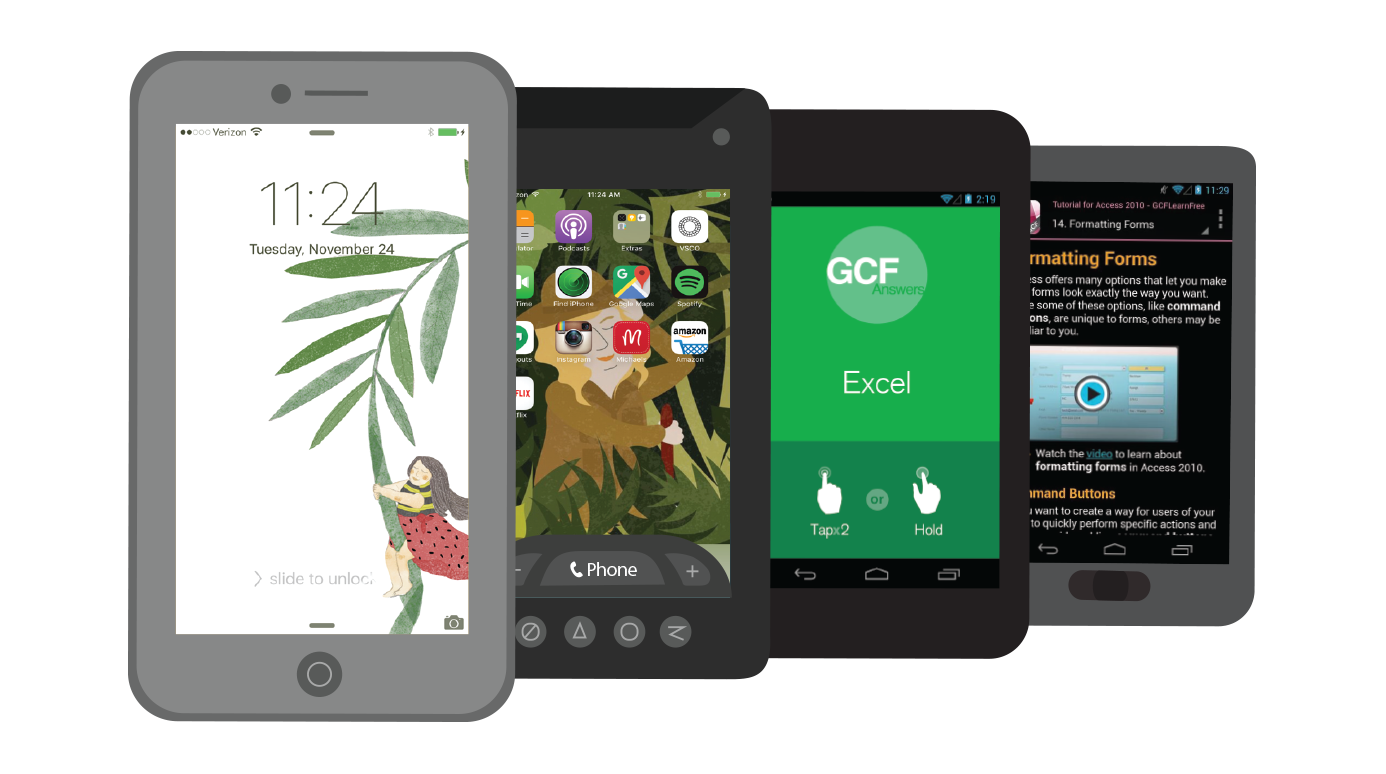 Even if you know you want a smartphone, it can be challenging to know where to start. While there are many different smartphones to choose from, we'll be focusing on the two most popular options: the iPhone and Android smartphones.

There are advantages and disadvantages to both, so we'll try our best to provide the information you'll need to make the decision that's right for you.

What is an iPhone?

The iPhone is a smartphone from Apple, which also produces the Mac line of computers. The iPhone is available in a few different models, starting at $450 and going up to $950. It's powered by the iOS operating system, which is also used by Apple's iPad and iPod Touch devices.

Unlike the iPhone, which is only available in a few different models, there are hundreds of Android devices to choose from. This is because Android is not one specific smartphone. It's actually an operating system designed by Google. Many different companies make devices that are powered by the Android operating system, including Samsung, HTC, LG, and Motorola.

Each of these manufacturers produces different Android smartphones, each with their own custom hardware and features. As a result, Android smartphones are available in a much wider range of prices than the iPhone, starting as low as $100 for an entry-level device.

Should you get iPhone or an Android? If you try searching for advice on this topic, you'll find no shortage of opinions on both sides; iPhones and Android phones have strong groups of supporters, and most people place themselves firmly on one side or another. There are definite advantages and disadvantages with either option, so let's take a look at some of the biggest factors you should consider. 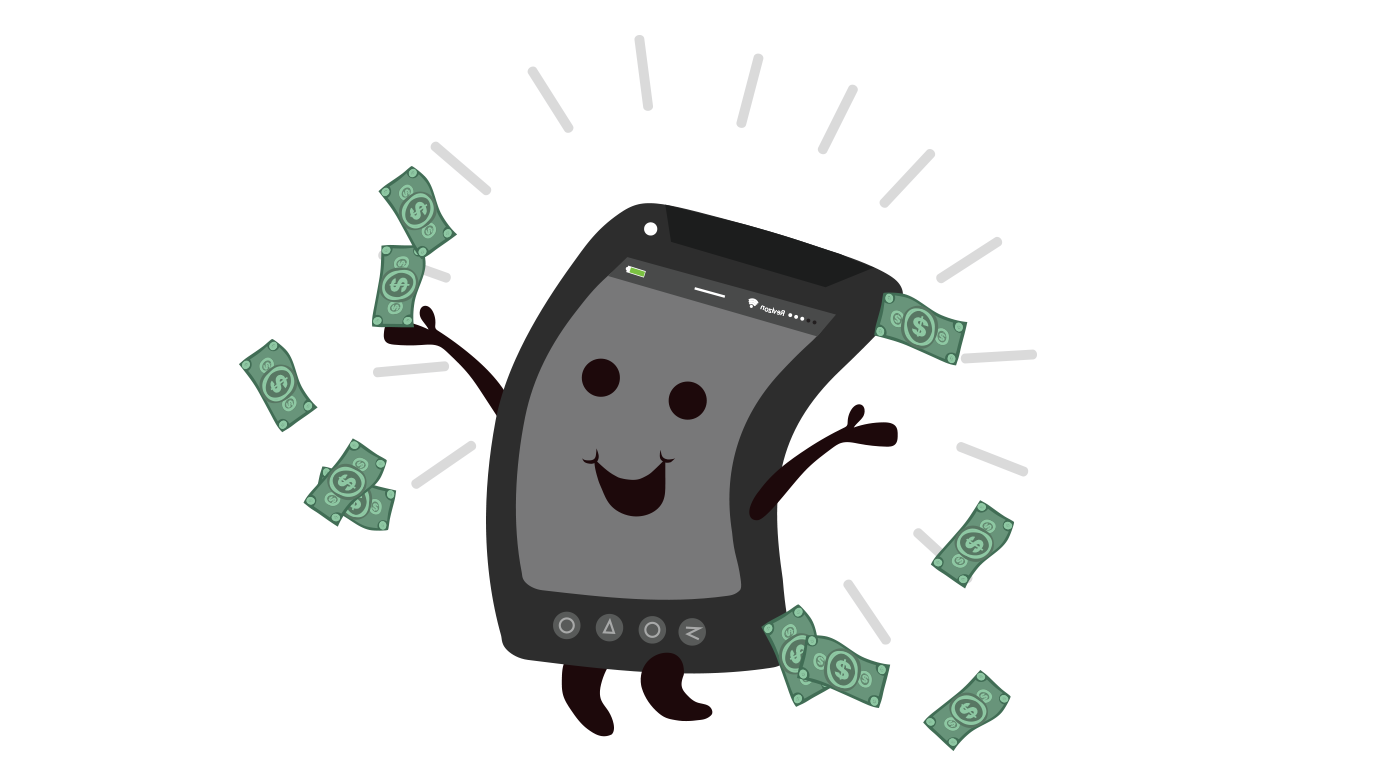 In terms of cost, the iPhone simply can't compete with Android models. If you don't want to spend more than $200 to $300 on a smartphone, you'll want to choose Android over iPhone.

Unfortunately, the actual cost of a smartphone may not be immediately obvious. For example, your wireless carrier may offer certain smartphones for free if you sign a two-year contract, or allow you to spread the cost across small installments instead of one single payment. Regardless of how you pay, an iPhone will almost always be more expensive than an Android smartphone.

Because the iPhone is produced by one company instead of several manufacturers, it's often easier to get answers and help directly from Apple's customer support. By contrast, most Android phones work a bit differently from one another depending on the manufacturer and wireless provider you choose, which can make it more difficult to know where to look for help.

If you're worried that you'll need a lot of extra help once you get started, you might consider choosing an iPhone over an Android (if your budget allows).

Both iPhone and Android allow you to download applications, which are commonly known as apps, to add extra functionality to your smartphone. The Play Store for Android and the App Store for iPhone provide a huge selection of apps for you to download. Although some apps are available exclusively for one platform, most are available on both. Unless there's a specific app you want that's only available on one device, this shouldn't be a significant factor in your decision.

However, if you already have another device that uses Android or iOS, such as a tablet computer, you might want to consider purchasing a smartphone that runs the same operating system. This way, you'll be able to install any apps you've purchased on both devices. 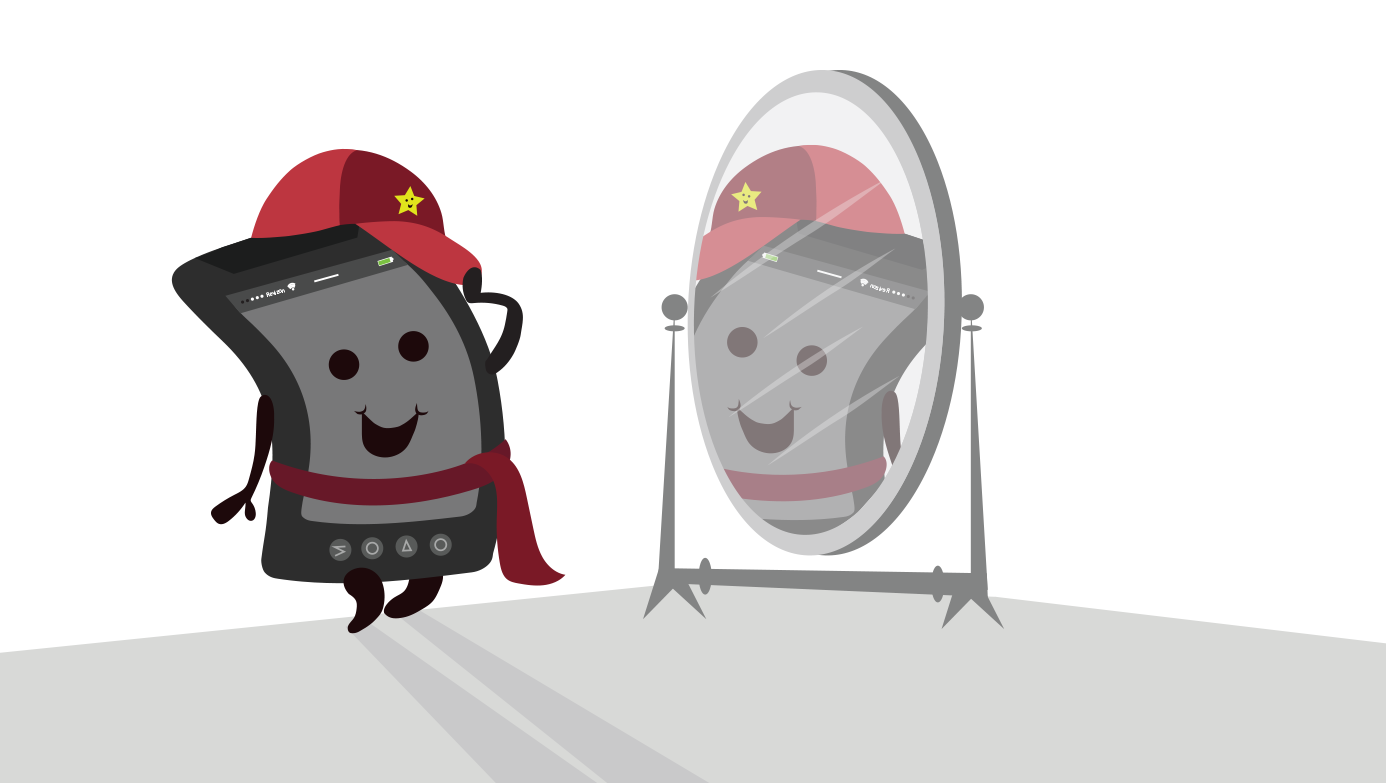 Android smartphones allow for a lot more customization than iPhones. Whereas the iPhone offers a few customization options (like your phone's wallpaper and ringtone), Android allows you to change just about everything on your device, including themes, notification widgets, and default applications.

For some users, this might not be a very important distinction. But if you want to have more control over the way you'll use your device, we'd recommend choosing an Android over an iPhone.

Remember how we said before that Android and iPhone use different operating systems? Like desktop and laptop computers, these operating systems are updated just about every year. These updates usually include new and useful features, as well as security upgrades.

But upgrading an Android phone to the latest version can be pretty complicated. In many cases, it actually depends on when your wireless provider decides to push the update to your device. By contrast, the iPhone can be updated as soon as updates are available, regardless of your wireless carrier.

We should note that there's nothing especially bad or dangerous about using a slightly older version of your phone's operating system. But if you know that you always like to use the latest software as soon as it's available, you might consider choosing an iPhone over an Android (if your budget allows).

There are a few Android models, like the Google Nexus, that allow you to upgrade to the latest version of Android more easily; however, they also tend to be more expensive than other Android smartphones.

Ready to learn more about purchasing and using a smartphone? Check out our free tutorials below.

That's all we have! Happy smartphone hunting!