Adjectives and adverbs are both words that describe something. If anyone has ever asked you to describe something in detail, you probably used some adverbs and adjectives along the way. But it can be easy to mix them up and forget which is which, so it's important to know how each one is used.

What is an adjective?

An adjective is a word that describes a noun. In other words, it tells us more about a particular person, place, or thing. 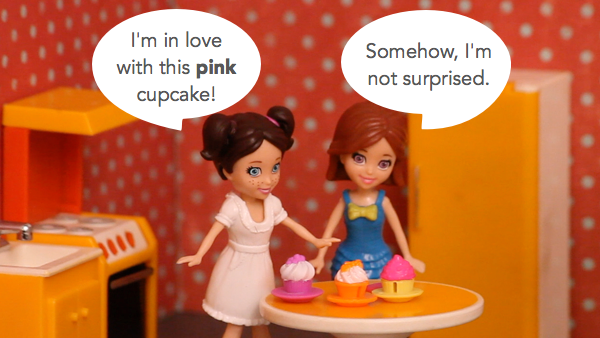 Adjectives also make it easy to understand which thing you're talking about. In the example above, the word pink describes a particular cupcake. So pink is an adjective. If one cupcake was larger than the others, we could have said it was the big cupcake.

What is an adverb?

An adverb is a word that describes a verb. Just like adjectives, adverbs are used to add detail to a sentence. More specifically, adverbs tell us how, when, or where something happened. 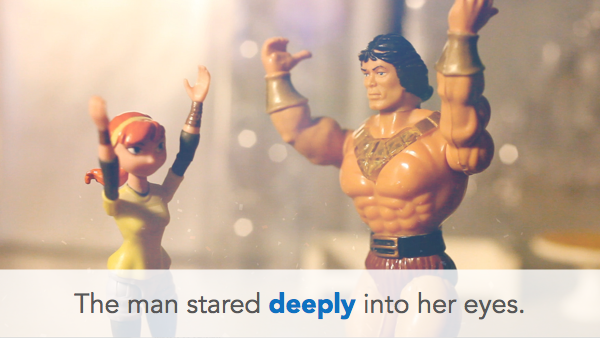 In the example above, the word deeply describes how he was staring, so deeply is an adverb. In this sentence, it means he was staring in a deep way. If his staring had been weird, we could have said he was staring weirdly.

You know adjectives and adverbs are both words that describe something. But for many people, these words are also easy to mix up. Thankfully, there are some simple rules that will help you know which is which and when to use them.

Look at the context

If you're not sure whether to use an adverb or an adjective, try to figure out what you're describing. Remember, adjectives are used to describe nouns, which means they can explain what kind of thing you have, how many things you have, or which thing you're talking about.

Look at the ending

You might have already noticed that many adverbs end with the letters ly. If you see a word that ends in ly, there's a good chance it's an adverb, not an adjective. Can you use this rule to tell what's wrong with this sentence? 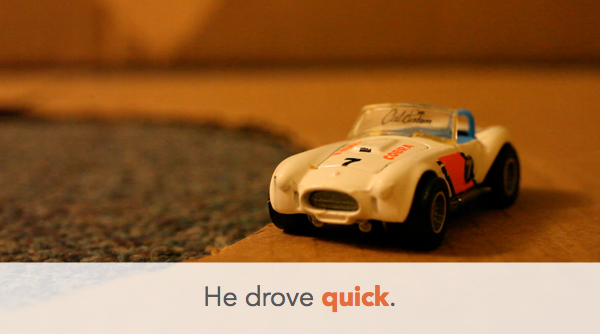 Because it doesn't have an ly ending, you might have guessed that quick is an adjective. However, this sentence is incorrect because an adjective can't be used to describe a verb (drove).

To make this sentence correct, we could change the adjective to an adverb: He drove quickly. Now the sentence describes how he was driving.

Look at the placement 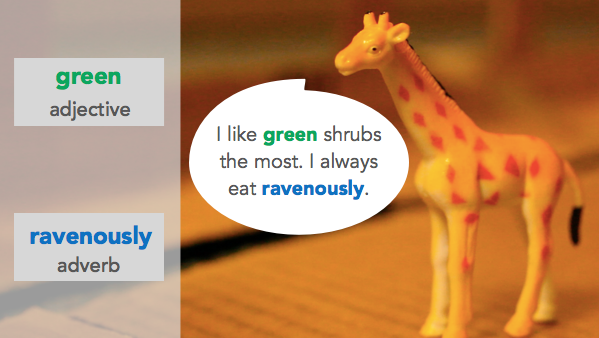 Unfortunately, placement doesn't always tell you if something is an adverb or adjective. For example, is sassy an adjective or adverb in the image below? 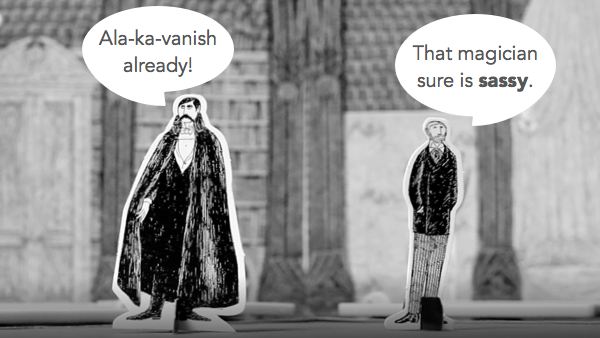 Even though it's right next to a verb (is), sassy is an adjective because it describes the magician. And while adjectives are usually close to the words they describe, adverbs can move around more freely in a sentence. For example, you might see an adverb at the beginning of a sentence. 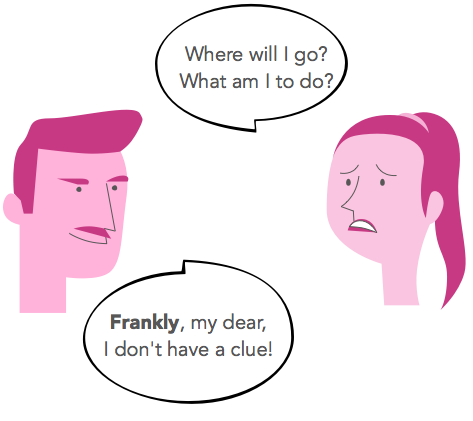 Here, frankly is an adverb, but it doesn't describe any specific verb in the sentence. Instead, it means the entire sentence will be spoken in a frank, or direct, way. If he was more optimistic, he might have said, Hopefully, it will all work out.

Use the techniques you just learned and see if you can pick out the adjectives and adverbs below. 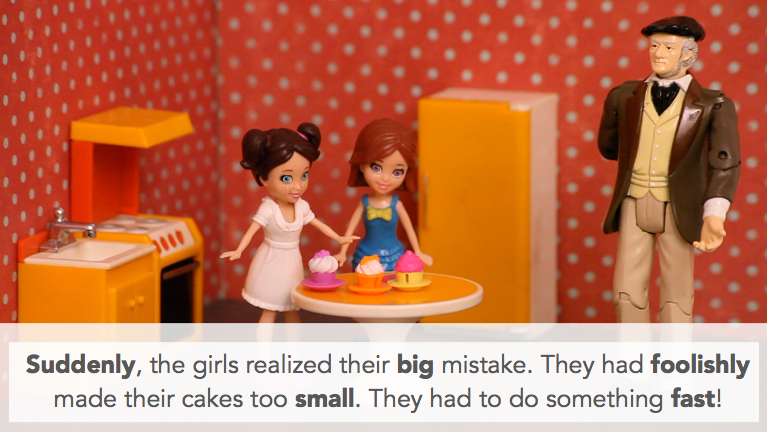 This word tells us when the girls realized their mistake. Remember, adverbs can appear at the beginning of a sentence, but you aren't very likely to see an adjective there.

The LY ending is another clue that this is an adverb.

This might look like an adjective, because it's right next to a noun. However, it's important to see that it's actually describing how the girls will need to act (fast), rather than how fast that something is.

Even though it's not next to a noun, this word tells us more about the size of the cakes.

Even though this word comes before the verb it describes, it still tells us how they made their cakes. The LY ending is another clue that this is an adverb.

Like many adjectives, this one comes right before the noun it's describing. This adjective tells us more about the mistake. 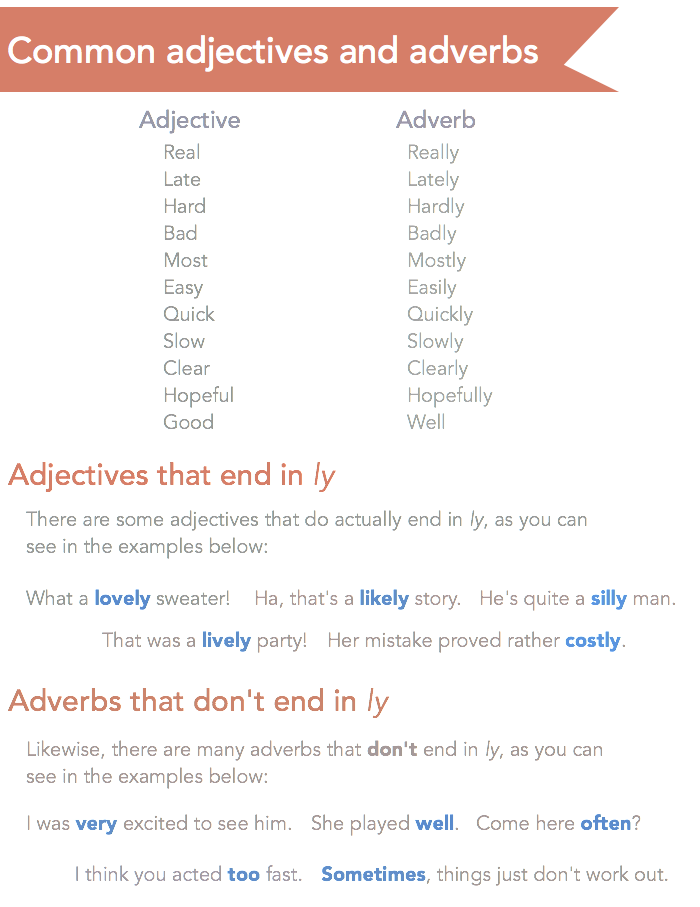 You can also place an adverb between the word to and a verb. This is called a split infinitive. In the past, this was considered a serious grammatical error, but it's commonly used and accepted today. 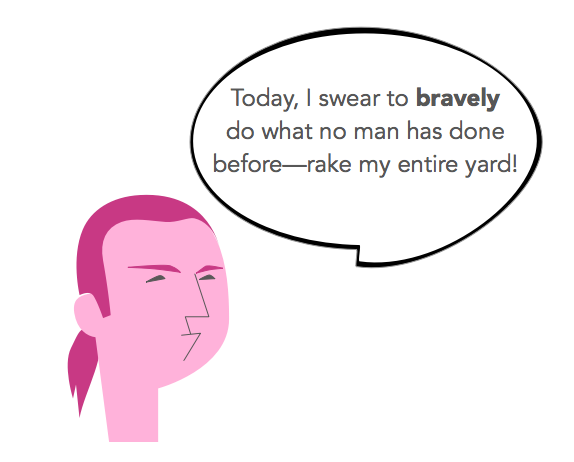