In addition to the Google Docs web-based application, there's a mobile app available for both iOS and Android. It's easy to use and can be downloaded on most mobile devices.

To learn more about the Google Docs mobile app, watch the video below.

What is the Google Docs app?

The Google Docs app allows you to view and edit all of your Google docs on the go. Every change you make to your docs through the app will also show up in the browser version of Google Docs. You can even use the app to save and make changes to your docs when you're offline. Review our lesson on Using Google Docs Offline to learn how. 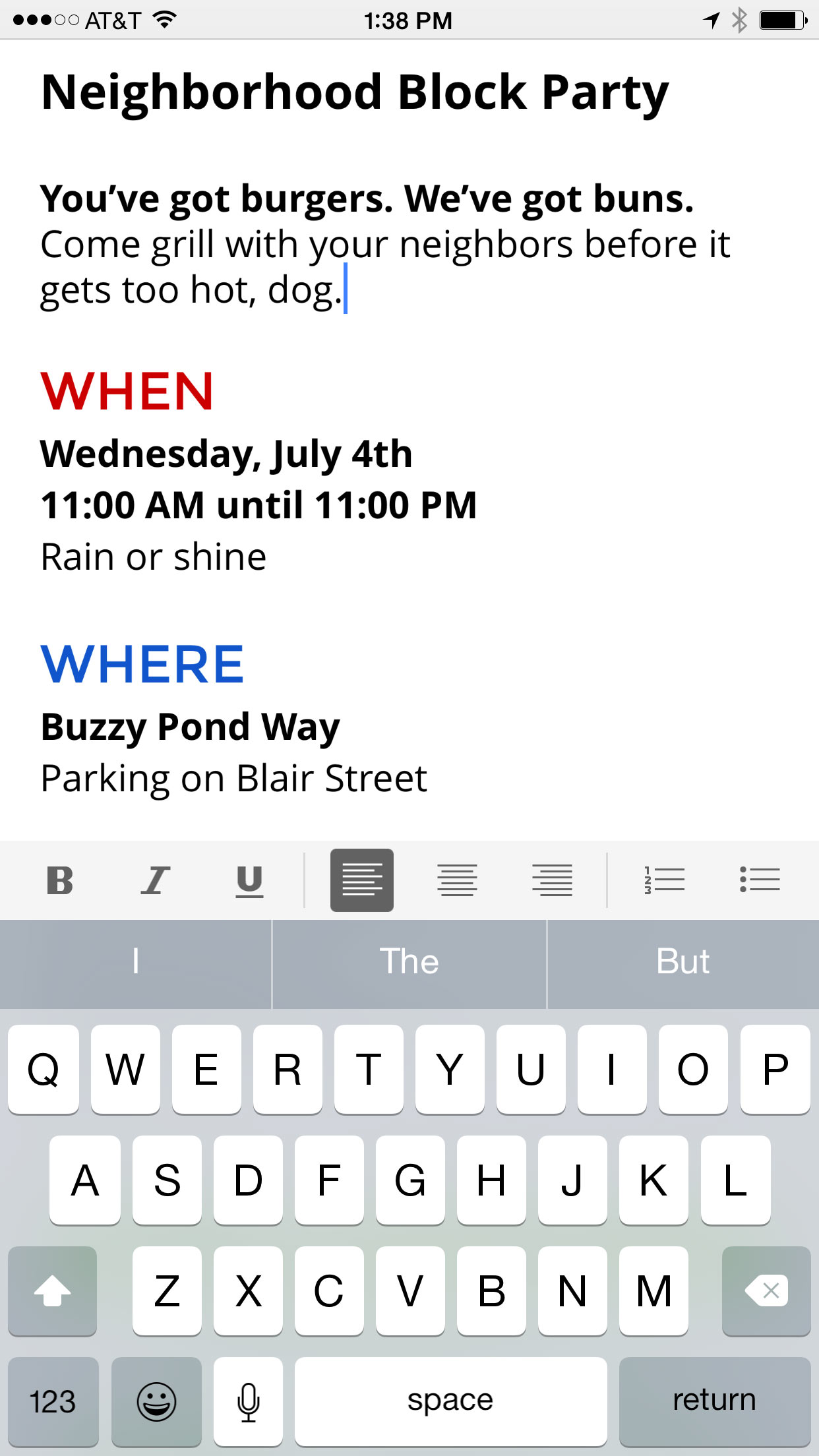 The app vs. the browser

The Google Docs app contains almost all of the same features as the web-based version, but there are some key differences between the two. 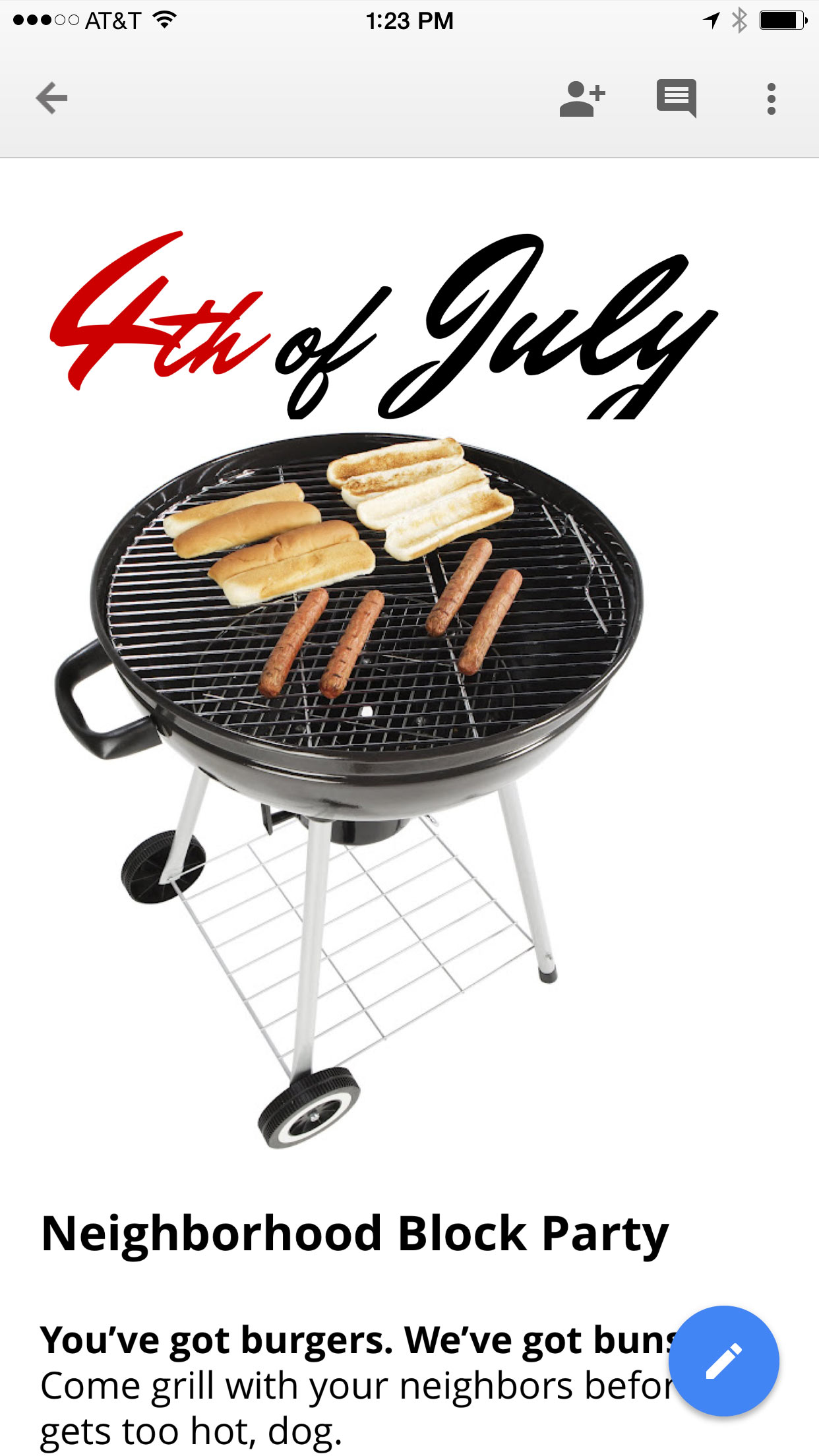 Here's the same Word document as seen on a computer: 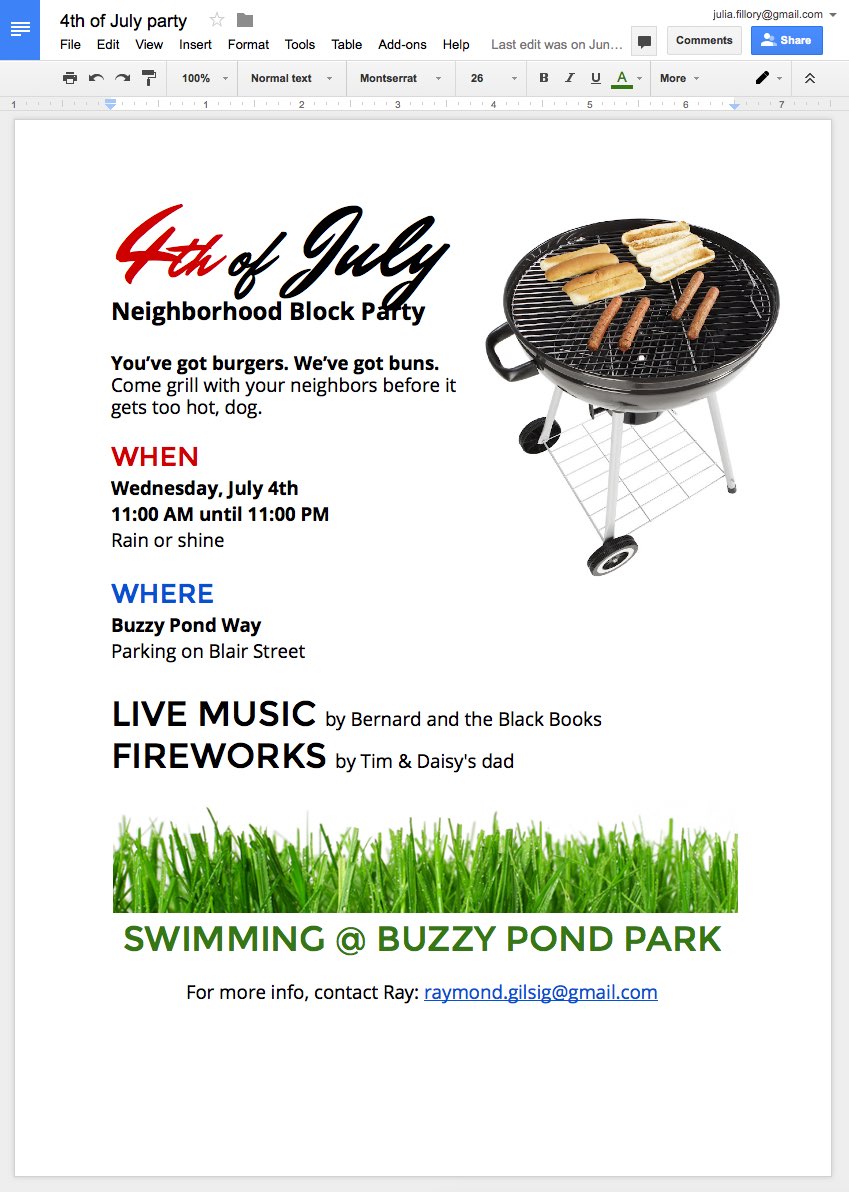 Because of these differences, it may be difficult to create a complex document from scratch on the Google Docs app. However, it's still a great tool for viewing your documents and doing some quick editing.

How to use Google Docs:

The Google Docs app's interface is easy to use and navigate. Click the links in the interactive below to learn some of its key features. 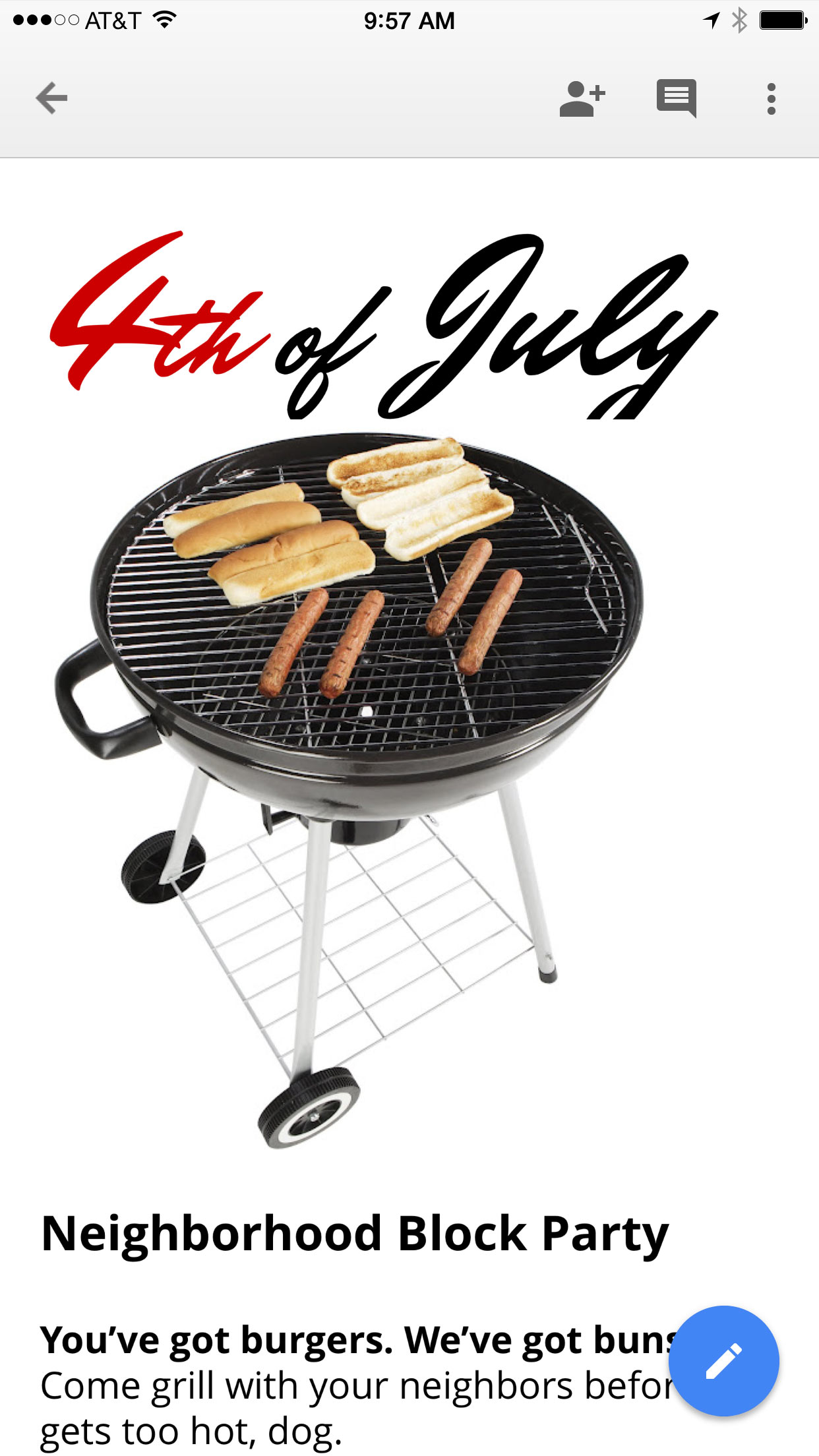 You can tap this button to take you back to the main menu and view all of your other documents.

Tap this icon to share your work with others and give them the ability to edit, comment on, and view your document.

This feature allows you to comment on specific parts of your document. These comments won't appear in the document itself but instead as a set of notes that are visible when you tap this icon.

Tapping this icon opens a menu with a variety of options, including sharing, exporting, print preview, word count, and searching.