Lesson 1: Getting Started with Google Forms

Getting started with Google Forms

Google Forms allows you to create your own custom online forms and send them to others. These forms can include surveys, quizzes, sign-ups, and more. When someone completes the form, the responses will be stored in a Google Sheets spreadsheet for you. In this lesson, you'll learn about the Google Forms interface, along with the various uses for it.

How to get to Google Forms

Before you start using Forms, you'll need to make sure you're signed in to your Google account. If you don't have one, you can review our lesson on creating a Google account to get started.

An easy way to access Google Forms is through Google Drive. First, you'll need to click the New button. 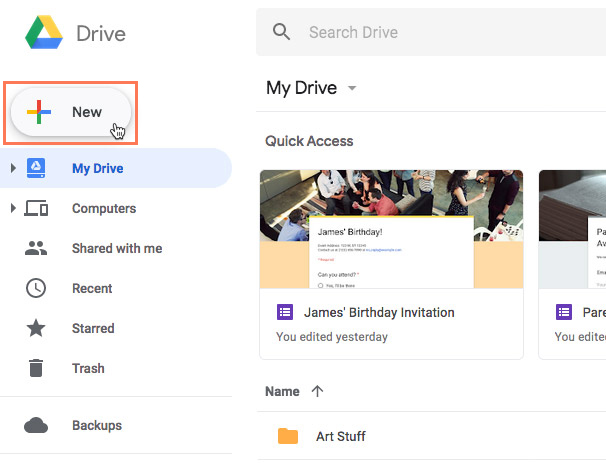 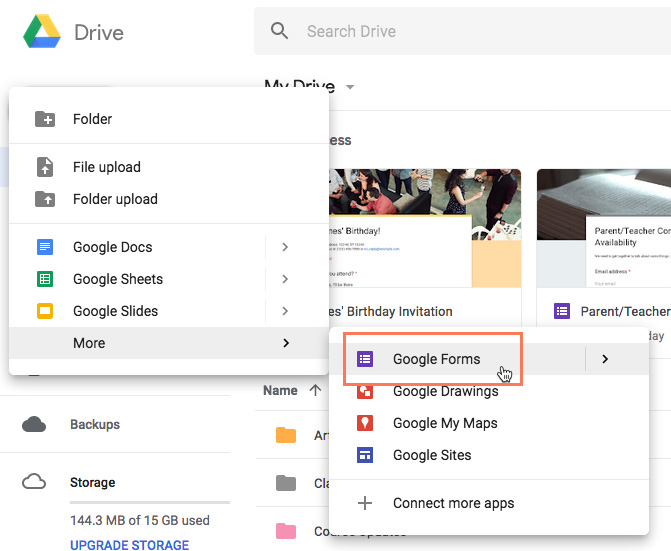 The first time you open Google Forms, it will look pretty empty, but that's only because you haven't created or filled out any forms yet. The interface is easy to use and allows you to create new forms, open recent ones, access a variety of templates, and more.

Click the buttons in the interactive below to become more familiar with the Google Forms interface. 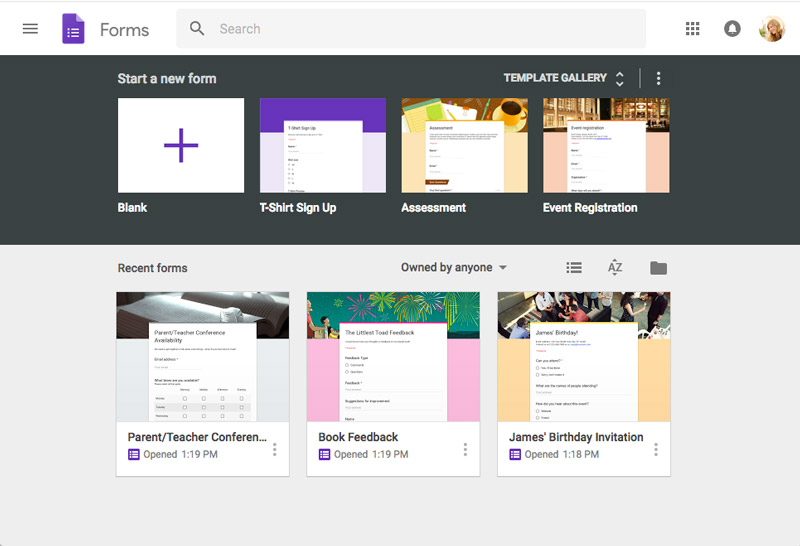 Click the Menu button to open a menu pane, giving you access to Settings, Help & Feedback, and links to other Google services that can work with Google Forms.

Click the Blank new form button to create a new form from scratch.

Click one of the templates to start creating a form from a premade template.

Click the Template Gallery button to expand the template gallery and view all available pre-made templates.

Here, you'll find all of the most recent forms you've created or responded to.

Here are some filters that can help you better organize your forms.

The Search bar allows you to look for specific forms and contacts who have shared forms with you.

What kinds of things can I do with Google Forms?

Google Forms has several uses, both personal and professional. Let's take a look at several of its applications and possibilities.

In our next lesson, we'll cover the basics of creating your own simple forms, as well as how to access the responses you receive.