Throughout history, almost every civilization has used a decimal number system with 10 digits: zero through nine. All of the numbers we can possibly think of use some combination of these 10 digits.

Computers, however, operate differently. Instead, they use a number system that has just two digits: one and zero. This system is called binary, and your computer uses it all the time.

Watch the video below to learn more about how computers use binary.

Computers need information in order to do what they do. This digital information, or data, is made up of something called bits. Bit is short for a binary digit, meaning each bit is really just a single number: either a one or a zero. 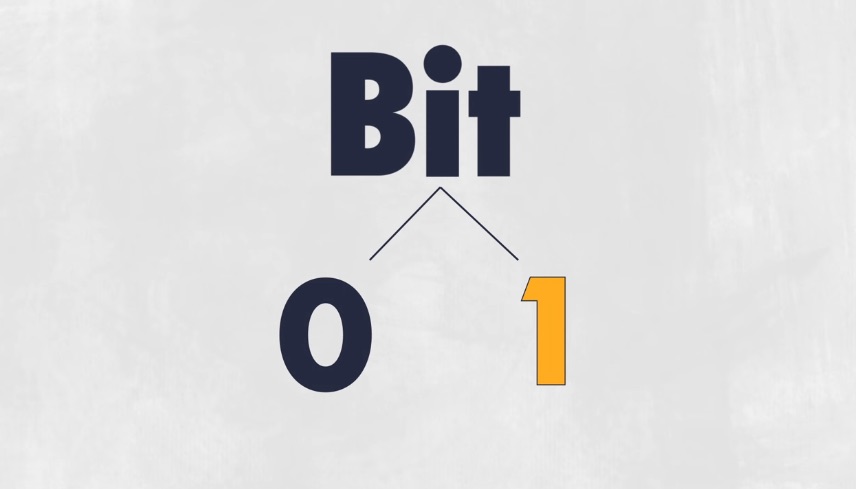 These bits can be combined to create larger units like bytes, megabytes, and so on that we use to measure our files. The larger a file is, the more bits it has. So something like a high-resolution video is actually made up of millions and millions of ones and zeroes.

But how exactly do these ones and zeroes come together and allow a computer to function? Let's think of binary like a light switch. Imagine that a one represents the light switch being on, and a zero represents it being off. With binary, the light is either on or off, with no other possible states. 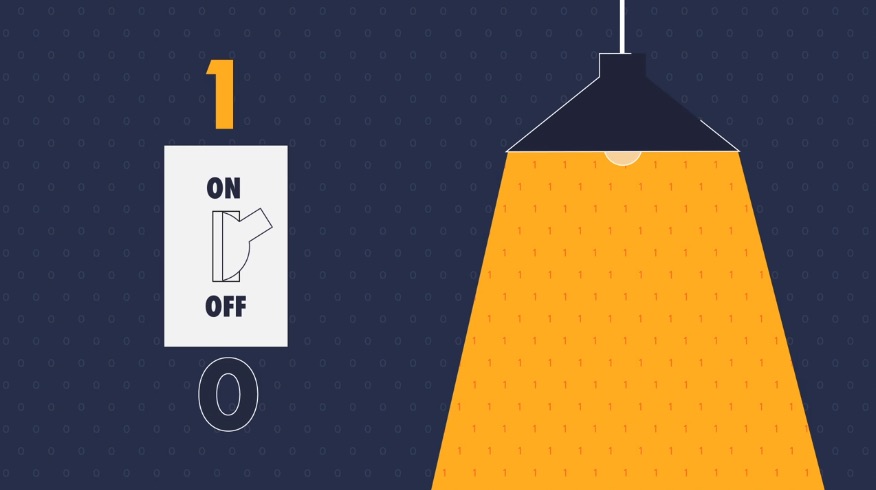 These bits are strung together as different combinations of ones and zeroes, and they form a kind of code. Your computer then rapidly processes this code and translates it into data, telling it what to do. 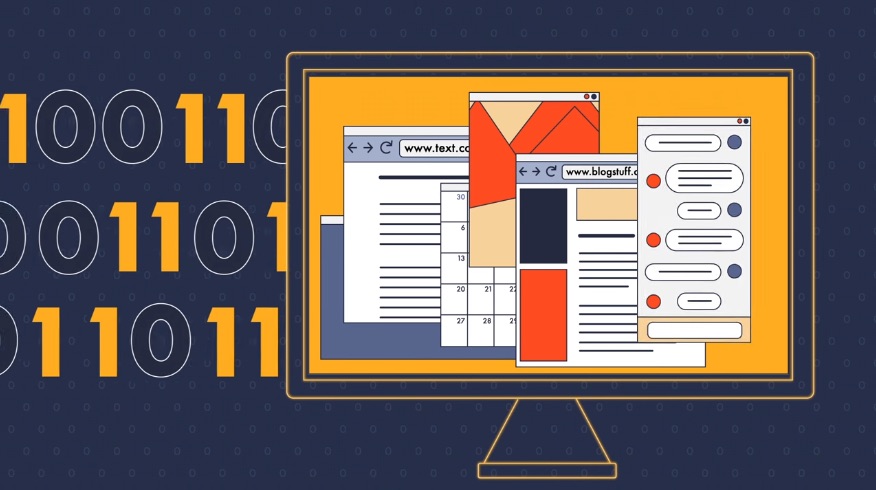 You might be wondering why computers use binary instead of the decimal system we use for counting things in our daily lives. As mentioned above, binary has two states: off and on. If computers were to use the decimal system, there would be 10 states instead and they would have to work a lot harder to process them all. Binary is easier for computers to process, and it also takes up less space. 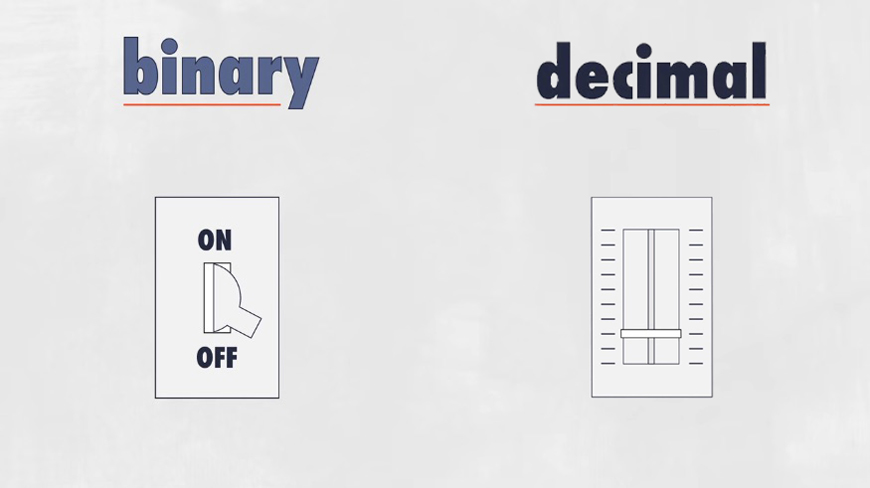 Just like atoms make up everything around us in the real world, everything in the digital world can be broken down into binary. And even though we can't see them, it's all a bunch of ones and zeroes.