The Now: What is a Drone?

What is a drone?

Over the past few years, drones have become extremely popular. You may have seen them online, at department stores, or even at the grocery store. We’d like to give you a brief overview to show you what they are and why they are so popular.

Drone is a broad term that can refer to any unmanned aircraft. However, it usually refers to a multirotor. A multirotor has three or more propellers that can be used to hover or fly in any direction. The most common type is a quadcopter, which has four propellers (shown below). 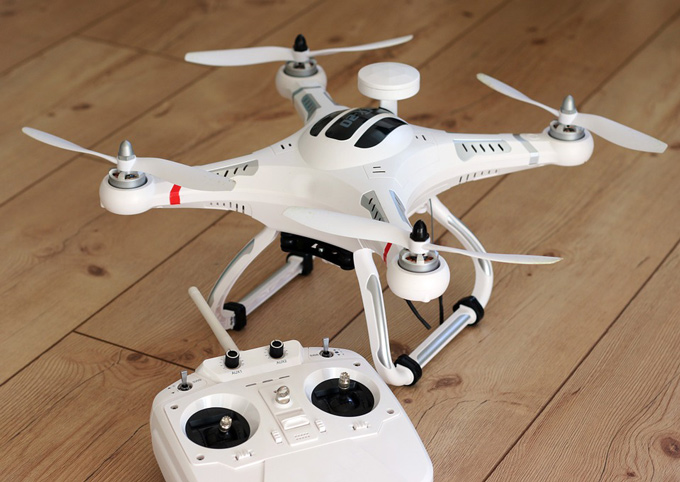 The term can also refer to military drones, which are usually large, unmanned airplanes. However, this lesson will focus on consumer drones.

Drones have some cool features

Why are they so popular? Well, in addition to flying, they have some other cool features:

They come in all sizes (and price ranges)

There are countless drones to choose from, and they come in a range of sizes. The smallest ones can fit in the palm of your hand, and some cost less than $20. However, many of these do not include cameras.

Larger drones usually have high-quality cameras, and they may have other advanced features. Companies like DJI, Yuneec, and Parrot offer many options in the $100 to $500 range. High-end drones can cost thousands of dollars.

They have revolutionized aerial videos

Traditionally, aerial videos required a full-sized airplane or helicopter. Drones can now do many of the same things for much cheaper. As a result, YouTube is filled with gorgeous aerial videos taken by both pros and amateurs.

The video below was recorded with a drone. Keep in mind that not all videos will look this good. It requires a higher-end drone, as well as a scenic location!

Some drones can “think” for themselves

Not all drones require a pilot. Many of them can fly themselves, guided by GPS, and some can even avoid obstacles. This is known as autonomy: In other words, the drone can make decisions on its own without any human input.

Some drones have a follow-me mode, which is used by many action sports enthusiasts. In this mode, the drone will follow you at a safe distance and handle all of the camerawork, as in the video below.

They can bring you pizza (someday)

Some companies have begun testing drone deliveries of everything from food to mail to medicine for disaster relief. Although there are still some legal and technical hurdles, drone delivery may become common in the future. One day, you may be able to order a pizza online and have a drone drop it off at your home, just like in the video below.

They have some downsides

Like most new technologies, drones have introduced some new problems:

Because of these issues, the Federal Aviation Administration (FAA) requires most U.S. drone owners to register and pay a one-time fee of $5. For more info, visit the sUAS registration page.

Drones are still evolving. In a few years, they will likely be even more affordable and higher quality, with amazing new features that we can only dream of today!