Snapchat: What is Snapchat?

Lesson 1: What is Snapchat?

Snapchat is a free messaging and social networking app for smartphones. Available for both Android and iOS, Snapchat allows you to send text messages, pictures, and short videos to friends and family. What makes Snapchat unique is that most of these messages are temporary. For example, after someone views a photo or video you've shared, it will disappear and cannot be viewed again.

While these temporary messages might sound a bit impractical, they're actually a big part of what makes Snapchat so popular. Most social networks will save posts indefinitely, which can be a bit embarrassing after a few years—if you've ever come across an unflattering photo on Facebook, this feeling might sound familiar.

Because most of the things you post on Snapchat aren't permanent, it makes it easier to share silly photos, goofy videos, and small moments from your daily life. Snapchat also includes special features that let you add drawings and illustrations to your photos before sharing. Here's an example of the type of picture you might share on Snapchat: 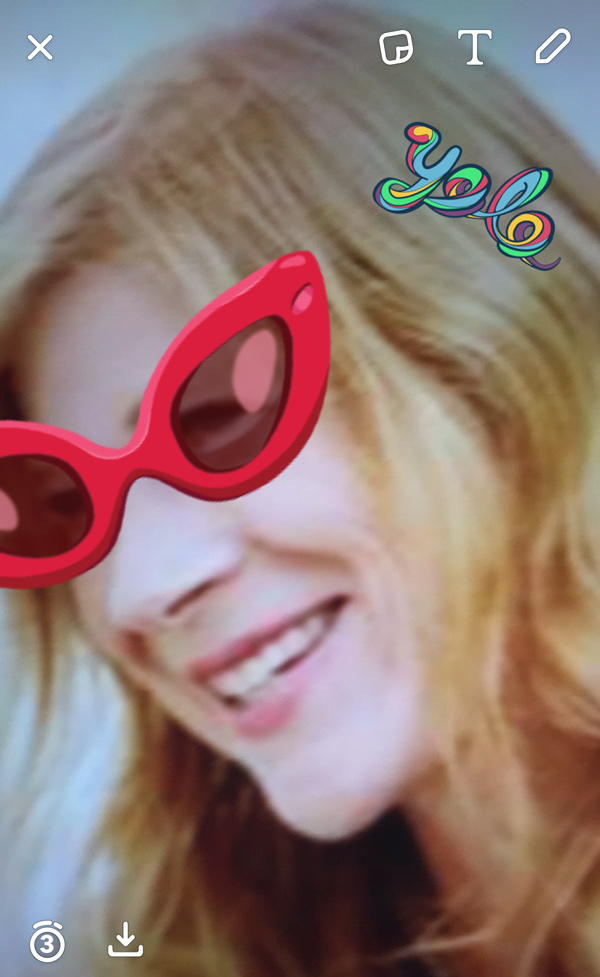 And if you just don't like the idea of sharing something you can't see again, don't worry—the Memories feature allows you to save your favorite photos and videos to view again later.

To get started, search for Snapchat in your smartphone's app store. Once you've downloaded the app, simply open Snapchat and follow the instructions to create an account. You'll also be able to connect with any of your existing contacts who already use Snapchat. 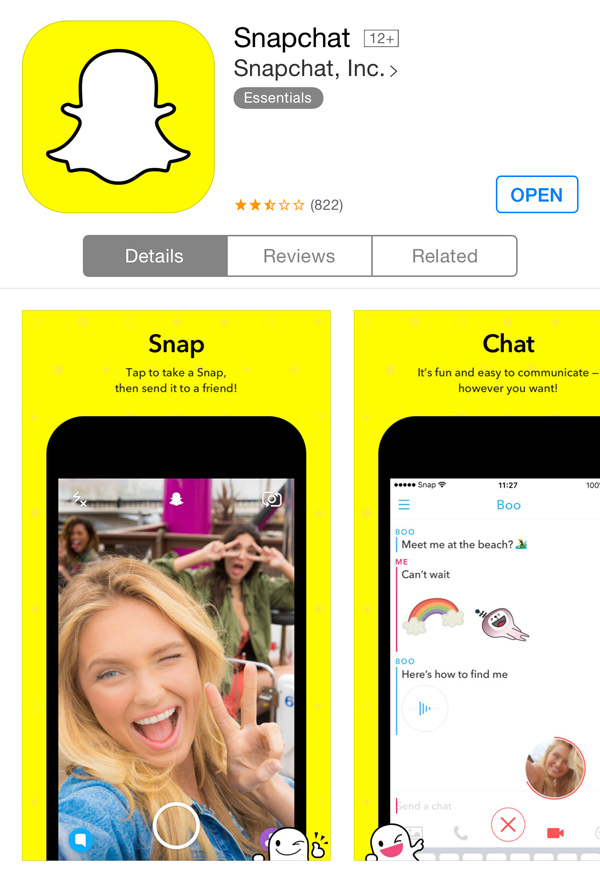 Now that you've created an account, you're ready to start using the app to send messages, which are called Snaps in Snapchat. Note that many new users find the app's interface confusing at first. Snapchat actually has a lot of different features, and it's not immediately obvious how they all work.

Click the buttons in the interactive below to become more familiar with the Snapchat interface. 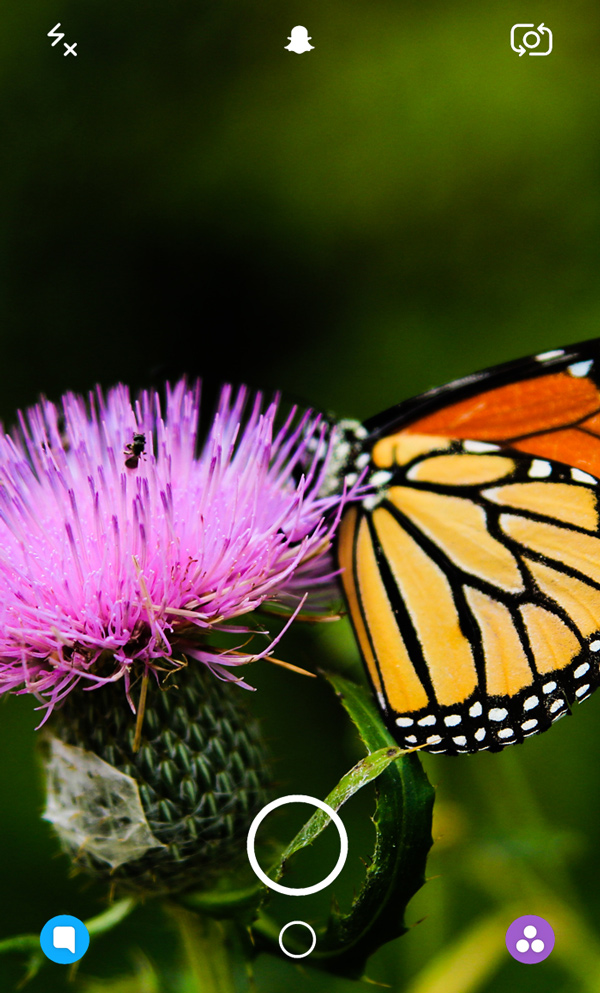 Tap here to turn your camera's flash on or off.

Tap here to view and edit your profile picture, add friends, adjust your settings, and more.

Tap here to switch between the front- and rear-facing camera on your smartphone.

Tap here or swipe right to view your inbox. Here, you can view and reply to messages from your contacts.

Tap here or swipe left to view Stories, which make it easier to share with all of your friends at the same time. You'll also find news stories from various websites here.

Tap here to save the current photo to your Snapchat Memories. While most of the things you share on Snapchat are temporary, this feature allows you to save your favorite photos and videos and view them later.

OK! Those are the basics of using Snapchat!

The best way to learn about all of Snapchat's features is simply to start using the app. So what are you waiting for? Go download this app and start sharing some silly photos today!