In PowerPoint, you can animate text and objects like clip art, shapes, and pictures. Animation—or movement—on the slide can be used to draw the audience's attention to specific content or to make the slide easier to read.

Watch the video below to learn more about animating text and objects in PowerPoint.

There are several animation effects you can choose from, and they are organized into four types.

At the bottom of the menu, you can access additional effects. 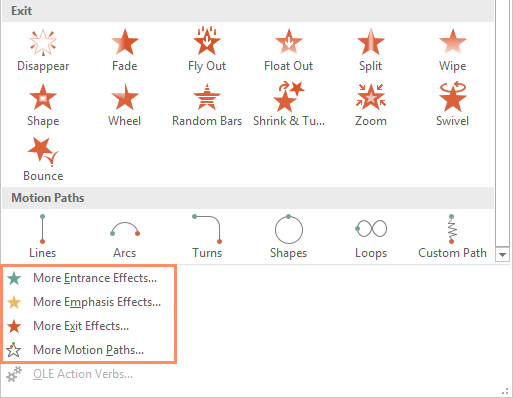 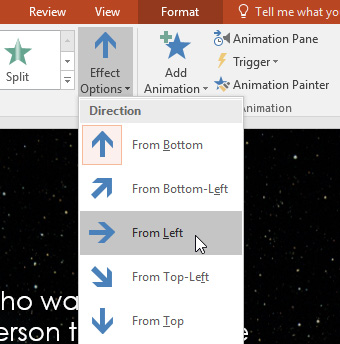 To remove an animation:

Animations are best used in moderation. Adding too many animations can make your presentation look unprofessional and can even be distracting to your audience. Consider using subtle animations, or not using them at all.

If you select a new animation from the the menu in the Animation group, it will replace the object's current animation. However, you'll sometimes want to place more than one animation on an object, like Entrance and Exit effects. To do this, you'll need to use the Add Animation command, which will allow you to keep your current animations while adding new ones.

In some cases, you may want to apply the same effects to more than one object. You can do this by copying the effects from one object to another using the Animation Painter. In our example, we want to copy an animation from one slide to another because they have similar layouts. 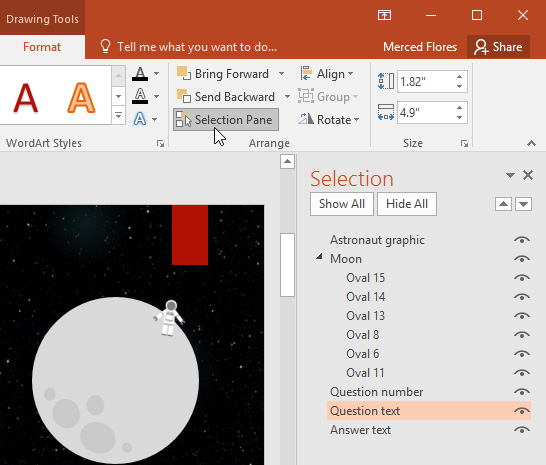 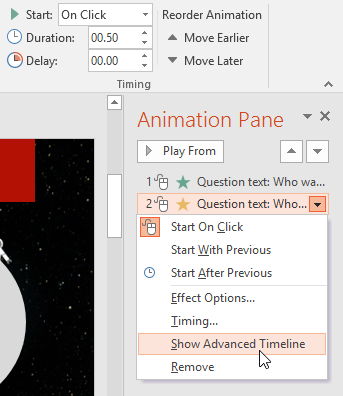 From the Animation Pane, you can access the Effect Options dialog box, which contains more advanced options you can use to adjust your animations.