A percentage is another way of writing a decimal. Just like decimals, a percentage is a part of a whole. Basically, it's less than 1 whole thing, but more than 0.

We use percentages all the time in real life. For example, have you ever left a fifteen percent tip at a restaurant? Or bought something on sale for twenty percent off? Those are both percentages—15 percent and 20 percent.

Click through the slideshow to learn how percentages work.

First, we'll write the number, nine, and then the percent sign (%). So our percentage will look like this:

Try writing the correct percentage in the box.

When you read a percentage out loud, you'll need to read two parts: the number and the percent sign (%). Let's look at an example:

Here, 7.5% means we have seven-and-a-half out of one hundred. We'd read it like this:

seven and a half percent

You can read any percentage with a decimal point like this. How about 10.25%? That's ten and one quarter out of one hundred, so we'd read it as ten point two five percent, or ten and a quarter percent.

Try reading each of the percentages below aloud. 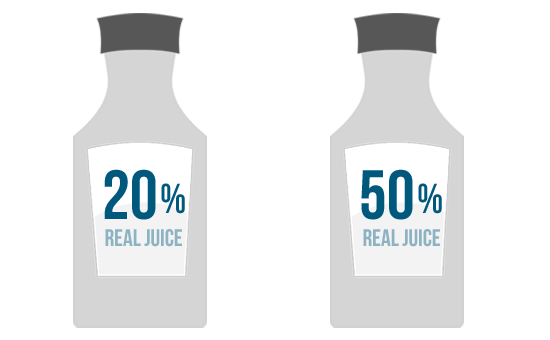 Do you know which bottle has more real juice? Since both bottles are the same size, we can simply compare the numbers to see which percentage is larger. 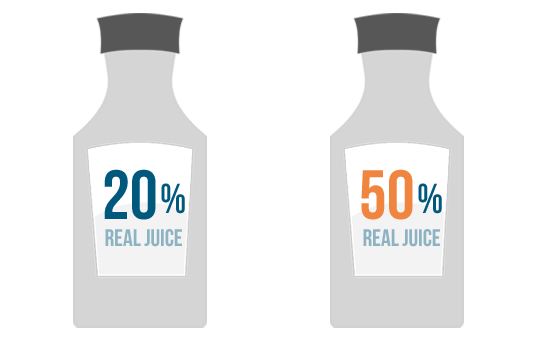 What about these percentages?

What if you had to compare two percentages like this?

At first glance, it might be difficult to tell which percentage is larger. Remember, this is just another way of asking, "Which is larger, five and four-tenths of a percent or five and five-tenths of a percent?" Since the first number is the same for both fractions, we'll compare the numbers to the right of the decimal place.

What about these percentages?

Again, since the first number is the same, we'll compare the numbers to the right of the decimal place.