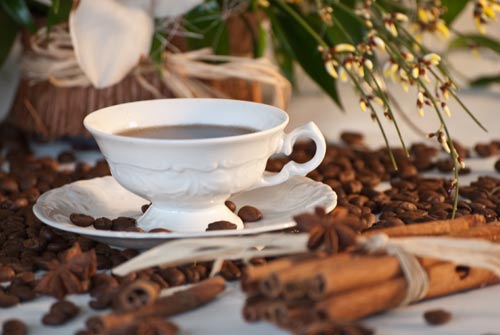 A photo with good composition

Let's imagine you're painting a picture. You can decide exactly what you want the painting to look like: Which people or objects are in the painting, where they are located on the canvas, and what kind of background is in place.

In photography, you can do all of these things simply by changing the position and angle of the camera. The way everything is arranged in your photo is called the composition. By paying attention to the composition of your photos, you can improve and enhance them.

Tips for composing your photos

Below are some tips for improving the composition in your photos. These are not rules you must follow all the time, but rather suggestions to help you take more successful photos. Remember, with digital cameras you can always delete photos you don't like, so don't be afraid to experiment.

The rule of thirds

When you're taking a photo, you don't have to place your subject exactly in the center. In fact, you can often make a photo look more natural by placing your subject off center. You can do this by using a technique photographers call the rule of thirds.

To use the rule of thirds, you'll need to imagine that the photograph is divided into thirds horizontally and vertically. The places where the lines intersect are called power points, and these are often good places to put your subject. For example, in the photo below the lighthouse is placed on the upper-left power point. This allowed the photographer to include the ocean on the right side, which makes the composition even more attractive. 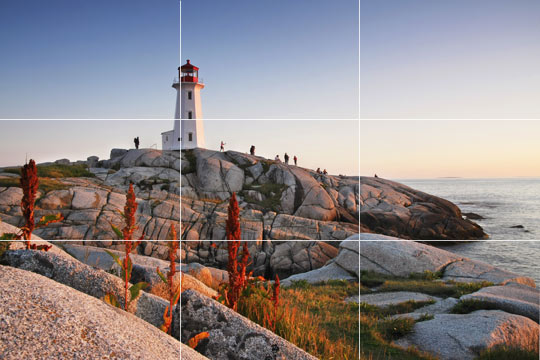 Using the rule of thirds to compose the photo

In the photo below, the subject's eyes are placed near the upper-right power point so he is looking into the photo. 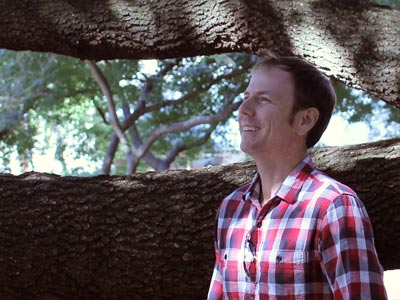 Using the rule of thirds in a portrait

If you're shooting a landscape, try placing the horizon near the top or bottom grid line. In the photo below, the mountains are near the bottom grid line, which helps to give shape to the photo and which also allows more clouds to be shown. 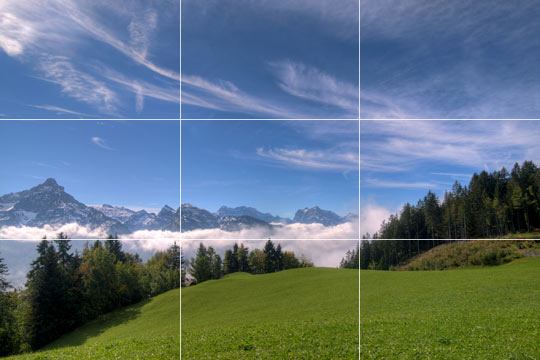 Composing a landscape with the rule of thirds