Turning the Blind Corner:
Finding the courage to make a career change 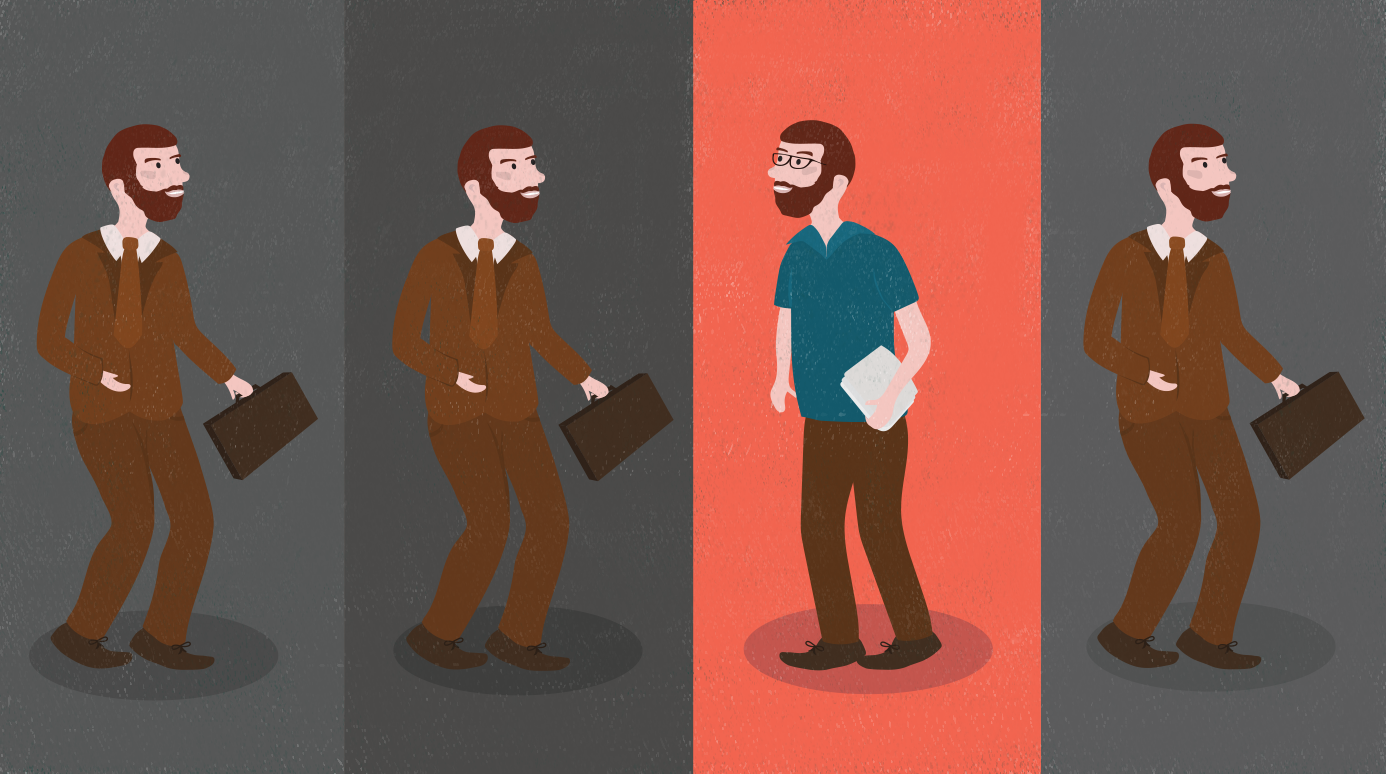 In an unfulfilling or unsatisfying job, the urge to make a significant change can be difficult to ignore.

In this podcast series, you’ll hear stories about the thoughts and feelings that exist leading up to a leap-of-faith moment that ultimately leads to a major life decision or change, specifically related to work and career.

In each episode, listen as a member of the GCFLearnFree.org team shares their personal experience with the decision to take their career in a completely new direction.

These stories focus on common mental barriers like fear, anxiety, and self-doubt that almost everyone experiences before taking a risk to travel into the unknown.

If you like this podcast, you can subscribe to it on Apple Podcasts. After subscribing, new episodes will automatically be downloaded to your computer or mobile device for offline listening.

In this first episode, listen as your podcast host, Lisa, shares her story of career transition. From working with children on the autism spectrum to working for a tobacco company to working as a voiceover producer, Lisa has transitioned into several very different career paths. You’ll hear about her experience overcoming the mental barriers that stood in her way as she found the courage to turn the blind corner in the pursuit of her dream job.

When Patience Pays Off

After spending six years working at an unfulfilling job, Clayton was ready to make a change. With aspirations of becoming a full-time writer, he found breaking into the industry a long and arduous task, as he lacked the professional experience that was traditionally required for such a career. As he worked toward his goal, he learned to stay focused and build his skill set, and discovered that taking the leap was worth the risk.

Learning Along the Way

When job after job left Jessica feeling like she wasn’t reaching her full potential, she realized it was time to move in a new direction. As she reflected on her work experiences, she learned a lot about herself and who she wants to be. After narrowing her job search and deciding to set the bar a little higher, Jessica found that by understanding her self-worth and the value of her skills, she was able to land the career she’d always wanted.

Having the Courage to Explore

After getting married, buying a house, and having a child all in the same year, Sarah realized that she’d need a new career that better fit her quickly changing life. Despite the anxiety of stepping outside of her comfort zone, she pushed through insecurity and uncertainty by focusing on taking it one day at a time. Once she resolved to explore new and different career options, she took a chance on applying for a job she assumed she wouldn't be qualified for, only to find that she was more qualified than she thought.

To conclude this series, listen as your host, Lisa, takes a look back at some of the main themes that became apparent in the interviews with her guests. In this episode, you'll hear an analysis of the common mental barriers associated with transitioning into a new career or job, as well as the general feelings surrounding taking a risk to travel into the unknown.