Freelance Work: What is the Gig Economy?

Lesson 1: What is the Gig Economy?

What is the gig economy? 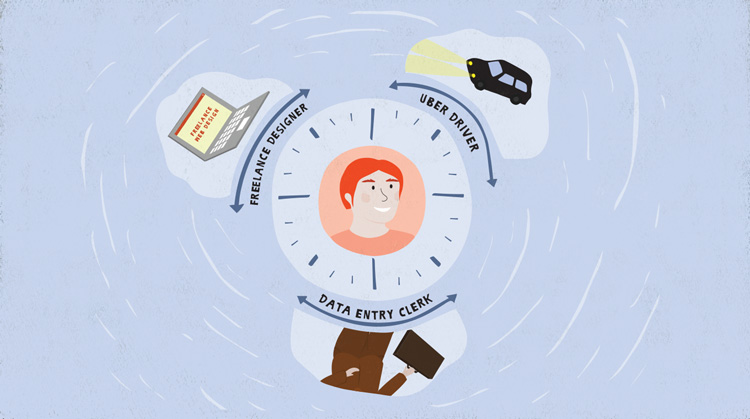 For decades, working permanent full-time or part-time jobs has been the traditional type of employment. Most employees typically work a set number of hours in a week and perform the same set of tasks from day to day. However, in recent years, the workforce has shifted toward a gig economy, where many people take on a variety of short-term jobs and projects, or gigs. These jobs can include freelance work, temp jobs, and jobs in the sharing economy.

Watch the video below to learn more about the gig economy.

Why is it gaining momentum?

One reason the gig economy is beginning to take up a larger percentage of the workforce is the evolution of technology. In today's world, it's easier than ever to telecommute or work remotely. This allows clients and companies to hire workers from anywhere in the world, increasing the amount of talent from which they can pull.

Many companies (like Uber and Airbnb) operate through mobile apps these days, which makes it easier for someone to get started as a contract worker. And for those who are running their own freelance businesses, social media allows them to market themselves and sell their products and services at a much cheaper cost than traditional advertising.

Additionally, permanent jobs are becoming more scarce. The aforementioned technology is making certain tasks less time consuming and in some cases is eliminating jobs altogether. Many companies are also reducing their staff to cut costs; hiring permanent employees is a lot more expensive than hiring freelancers or contractors for individual projects.

The impact of the gig economy 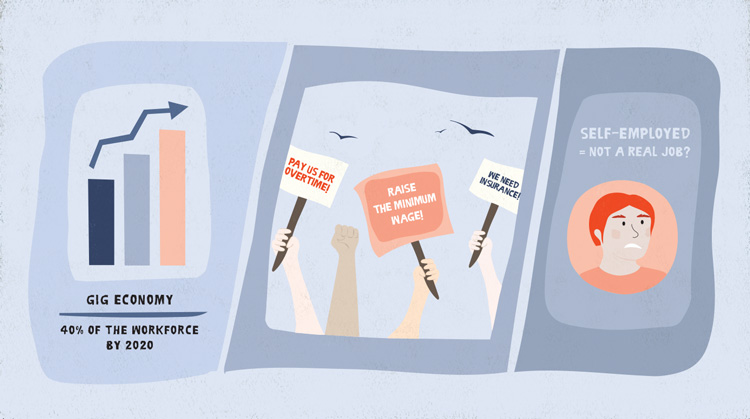 A recent study predicts that by 2020, more than 40 percent of the U.S. workforce will be a part of the gig economy. If this trend continues to grow as predicted, both companies and workers will start adapting to it. This may make it more difficult to find full-time jobs as the focus shifts to a more gig-centered labor market.

The gig economy has also recently brought to light the issue of workers' rights. As a permanent employee, you're entitled by law to a number of employee rights, such as minimum wage protections, overtime pay, and unemployment insurance. However, some contract companies label their workers as independent contractors. Because these workers aren't technically employees, these businesses don't have to provide contractors with employee rights. While this ends up saving these businesses money, it can make things more difficult for their workers.

In the past, the term self-employment sometimes had a negative connotation. Some people would use it as a euphemism for being unemployed, while others didn't think of it as a real job. While this wasn't true for all cases, the recent surge of available tools and project-based work has allowed self-employment to become a more culturally accepted source of income.

If you think you might be interested in becoming a part of the gig economy, consider the pros and cons of freelancing and contract work before deciding one way or another.